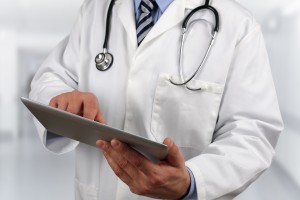 A pacemaker is a device which is implanted in the chest and uses electrical impulses, delivered by electrodes in contact with the heart muscles.

Pacemakers are used for people with slow heartbeats and who may have experienced blackouts. It is a procedure that involves a general anaesthetic and at least an overnight stay in hospital.

Preparing for the Procedure – What do you need to do?

At least eight hours of fasting is required prior to the procedure. Medications must be taken as directed by your physician, although blood thinners such as warfarin may be withheld.

Once you are fully sedated under the care of an anaesthetist, a small incision is made under your collarbone in your chest. One or two wires are passed down a vein to the heart using x-ray to guide them. A small pacemaker box is then attached to the wires and placed under the skin and the skin is closed with sutures. The pacemaker remains there permanently.

Some specialized pacemakers may also function as a defribillator, shocking the heart when it lapses into a serious abnormal rhythm.

You will usually be allowed home the next day after the pacemaker is checked and an x-ray is done to confirm the position. You will expect some bruising over the site of the pacemaker. You will be restricted in activities that involve movement in your arms until the pacemaker site is healed. You will not be allowed to drive for a period of time after the procedure; the doctor will advise you of this at the time.

No invasive procedure occurs without a certain amount of potential risk and complication. Your cardiologist and the hospital staff follow your recovery closely so that if any complications arise, corrective action can be taken immediately. Although the incidence is low, certain complications may occur, ask the doctor for specific advice in this regard.

The Pacemaker is usually checked between 2 and 4 weeks after the implantation of the device. Regular checks are recommended. Pacemakers’ life spans are variable depending on the frequency of use. Regular pacemaker checks ensure that there is plenty of warning should the device need replacing.

‘Any surgical or invasive procedure carries risks. Before proceeding, you should seek a second opinion from an appropriately qualified health practitioner.’